Get started with STIVE

Share your referral link with friends. When a friend joins STIVE and creates a design, you’ll both earn 1 Credit.

Not many people take art seriously, let alone understand that art can be made into a successful full-time job. Here we have an artist named Hanza, who proved many people (including his own parents) wrong when he showed that it is possible to have your cake and eat it too!

We recently spoke to Hanza himself and had the opportunity to pick his brain...

So let’s start from the beginning. How old were you when you began dabbling in art?

Just like most artists, I became interested in art and started drawing when I was young -- probably as young as five, if I recall! I was that kid who would sit in the corner of the room to draw instead of going to play with the other kids.

But I wasn’t alone. My older sister liked to draw, too, and her drawing skills are better than mine! So I was inspired by her and also, in a way, felt competitive against her.

What is your artistic influence?

My artistic style has always come from anime. It was mainly because I was exposed to a lot of anime content since I was a kid. Back then, we couldn’t afford Astro so we only watched government-supported channels like TV3 and NTV7.

I read somewhere that anime broadcasting licenses were cheaper and easier to get a hold of compared to English cartoons, hence probably why there were tons of anime during kids’ morning segments. I grew up watching anime like Detective Conan, Cardcaptor Sakura and Sailormoon.

What about your parents? What do they think about this path that you’ve chosen?

Just like your typical Asian parents, mine had doubts that I could make money or have a stable career from drawing. My father always tried to convince me to pack it up and focus on exams instead. My older sister did just that -- she quit drawing to focus on exams.

I, fortunately, was the stubborn type. I did my best with my studies, but I would still draw secretly at the same time. Luckily, my SPM results are pretty good and I landed myself a scholarship to study animation and visual effects at MMU (Multimedia University) in Cyberjaya.

So is this what you are doing for your first career? If not, what were you doing before and what triggered you to make that transition?

I started as an illustrator at a local game company for a couple of months. And at the same time, I would spend the free time I had to work on something for myself -- a comic series called ‘My Deepest Secret’. 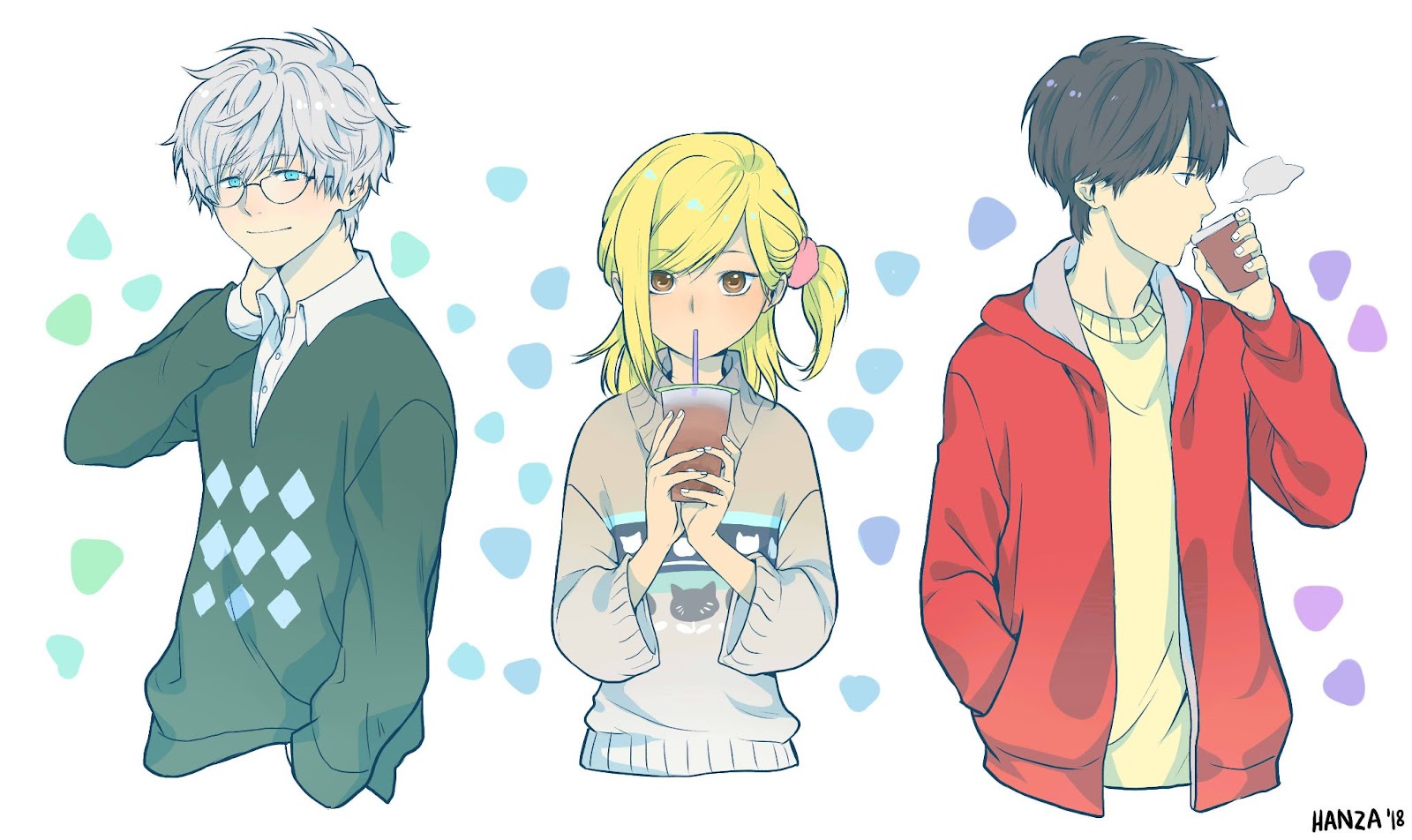 A few months after I uploaded the series on Canvas Webtoon, I was contacted by a Webtoon editor who told me that they would like to serialise it. And it has always been my dream to have my comic series serialised. The pay offer was pretty good too!

So I quit my day job to focus solely on my comic series.

Tell us more about your webtoon creations. What sparked this idea and how?

I have always liked both thrillers and romance, and I thought, why not both?

When I first started  ‘My Deepest Secret’, I intended it to be a normal café romance. Then I had an idea to add a bit of a thriller element into it.

Without spoiling anything, the story centres around Emma, a timid college student who has a handsome and perfect boyfriend...who is secretly a serial killer and has been attacking people behind her back to protect her. Then we have Yohan Lee, a self-proclaimed detective, who is also Emma’s friend, who realises that something is wrong and wants to investigate it.

What is a failure you faced that you can’t forget?

Fortunately, I haven’t had any big failures in my career, but I would say that I regret not being able to give my best due to pressure. Working on a Webtoon series every week is a draining process so rather than making it perfect, making sure it’s done on time is good enough.

In the process, I am forced to sacrifice the art quality.

What are your current career aspirations?

Ever since I was a kid, my goal has been to make a comic series that is read by millions. Now with Webtoon, it has come true. But I would like to see how far I can go in this industry and would be really happy if my comic series gets turned into an animation or video game.

If you could go back 10 years ago, what would you tell your younger self?

I would tell myself to be strong, not to be too influenced by what the adults say and start getting to know the industry early on.

Describe Stive Asia’s platform in your own words.

I think Stive Asia is a great platform that educates young artists to strive in the future. By interviewing people who have made names in the industry, it will give these young people an insight to a clear path that would benefit them. I hope Stive Asia will continue to inspire.

What advice would you give to aspiring young designers/artists of this generation?

Start early, maybe by following your idols or professionals on social media. Try being friends with them. And learn as many skills as you can, without limiting yourself to one thing only.

Follow Hanza for more updates on his latest masterpieces!

Turn your dream of writing webcomics to reality by following these 8 steps. Simple to follow and easy to learn.

Mental health is real and it’s living among us. Sometimes, it can be a taboo to admit you have those struggles, but for this artist, she is not afraid to open up her mind.

A side hustler, an illustrator, what does it take for this artist to catch the eyes of famous companies like Disney for collaboration?

From illustration to spray paint cans, Cloakwork is carving a niche for himself in the global graffiti scene through big brand collaborations and stunning works of art that have been featured in Crazy Rich Asians .

Most people in their early twenties are just starting to get their lives together. However, for this lady, she has excelled way more than her peers.

Spanning across a variety of art styles, these artists will lure you into their own little worlds with their creations.

Can you survive without a college degree? Well, if you think no, think again. This lady, who goes by the pen name Wishroomness believes nothing can stop you from achieving your dreams as long as you work hard.